Sri. Prashanth (Name Changed), 32 Years, a suspected case of lung cancer with lesion in left upper lobe measuring about 2.5 X 2.3 cm, was admitted to our Hospital with the complaints of hemoptysis, cough, weight loss & loss of appetite. Earlier he had undergone biopsy twice, but it was unsuccessful.

Oncologists had planned to start cancer treatment – Chemotherapy, though the case was not proven by biopsy. After thorough examination of the patient according to Dosha, Dhatu, Mala, Agni, Srothas etc, we administered classical Virechana (detox).

Snehapana was given with Pippalyadi Ghrita & Virechana was given with Trivrith Lehya. After Shodhana we administered Vardhamanapippali Rasayana, after one month, all his symptoms reduced. He was called again for admission after 6 months.

The treatment was repeated, that is, one course of Virechana & Vardhamanapippali Rasayana and other oral medications were repeated. After one year of treatment, the CT scan was repeated, for our surprise, there was complete resolution of the lesion in the left upper lobe of the lungs!! The disease was completely cured by Ayurvedic treatment without any chemotherapy or any other conventional therapies.

Smt.Savithri (Name changed), 26 yrs was diagnosed with Hodgkin’s Lymphoma. She developed weakness, weight loss, cervical & axillary lymphadenopathy. She was referred to our cancer unit. We started treating the case as Raktadusti. We gave her one course of Virechana (Panchakarma – detoxification procedure) followed by Raktaprasadana Dravyas (Blood purifiers).

Her cervical & axillary lymphadenopathy reduced and blood reports showed normalcy. She was kept on Strict Ayurvedic & Naturopathy diet for one year. After one year CT scan was done and it showed normalcy.

Sri Mahantesh (Name changed), 30 years, from Raichur was diagnosed with CML – Chronic Myeloid Leukemia. He had chronic anemia with Hb % going down to as low as 6-7 %. He was also afflicted with weakness and loss of appetite.

After thorough examination the condition was diagnosed as Pandu Roga and treated it with Raktaprasadana Dravyas. The patient is now doing well. His weakness is reduced and Haemoglobin level has improved to 10-11%. Repeated blood transfusions which he was undergoing earlier are totally stopped now.

Case of Ductal Carcinoma of Breast

The patient arrived at Sri Sri Ayurveda Hospital, Cancer Unit. This case is being treated with Ayurvedic Panchakarma treatment & Shamanaoushadhis (Palliative Ayurvedic oral medicines) since 2 years without chemotherapy & without any other conventional therapies, the disease is under control and patient condition is stable.

In this period we have administered twice classical Virechana – purgation therapy, followed by Vardhamanapippali Rasayana & other Rasayana Oushadhis. The patient is doing very well, CT scan reports during and after treatment is encouraging & there is no side effect of chemotherapy like severe hair fall, weight loss, loss of appetite, weakness, vomiting, anemia etc.

Learn about our protocol for holistic cancer care 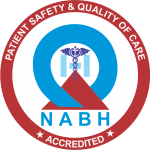 Sri Sri College of Ayurvedic Science and Research Hospital is accredited by NABH for patient safety and quality of care.